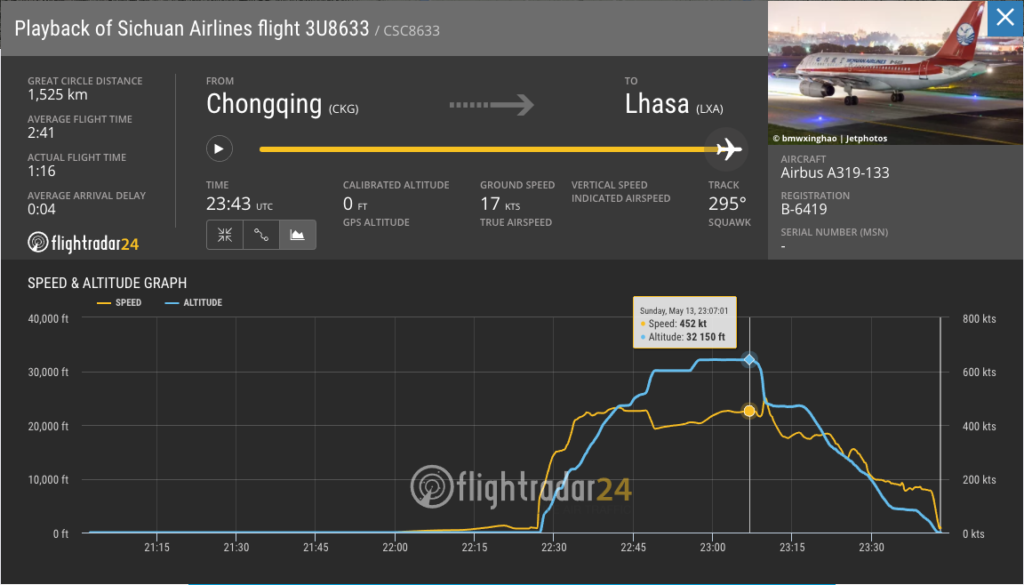 At 7:46 AM, the flight landed safely in Chendu. Only the co-pilot and one cabin crew were injured, according to the information from Sichuan Airlines official account in Weibo.

Polit said the right windshield suddenly burst without any sign in an interview. The co-pilot had already flown out halfway and half of the body is hanging outside the window. Fortunately, he was wearing the seat belt. The cabin was in a mess. Flight control unit failure and some electron devices parts sucked out. 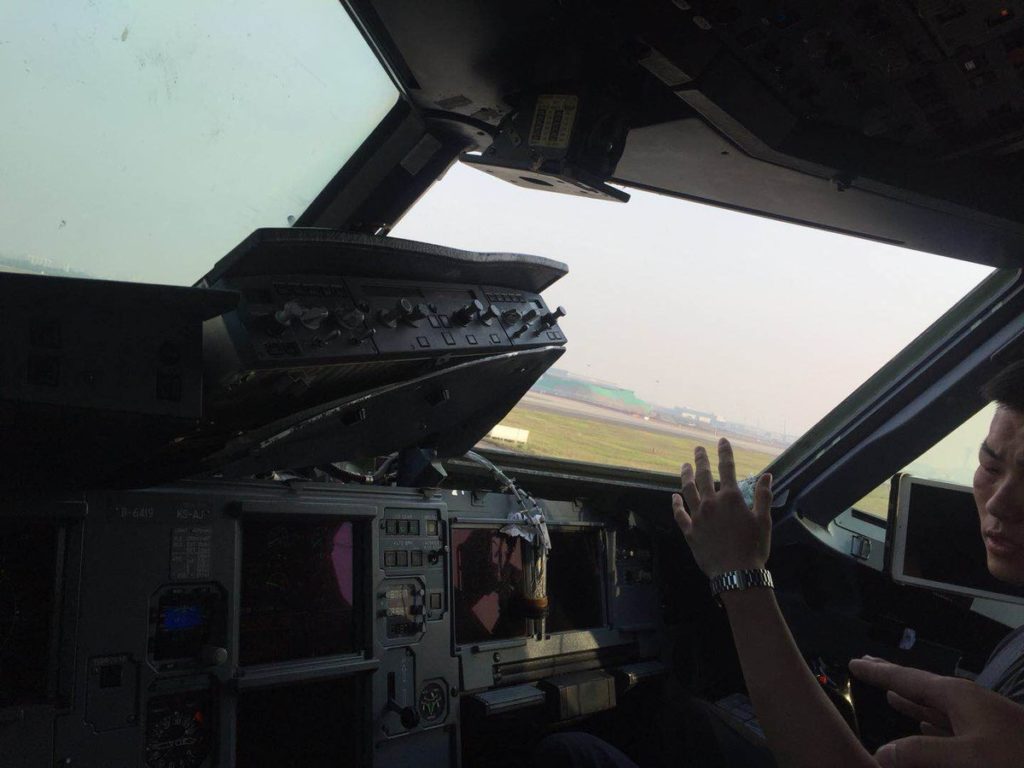 This is an extremely hard condition to move your body since the instantaneous pressure loss and low temperature. Usually, the temperature is around -40 degree over 320,000 ft. At this moment, the flight speed was around 800 kph. Let’s think an easier case, you drive a car in 200 kph without a windshield in the winter at Chicago.

Polit safely controlled the flight and decreased the height and speed in the next several minutes. They conducted a visual approach successfully and got the flight down safely.

Now this story has a movie now!

This site uses Akismet to reduce spam. Learn how your comment data is processed.